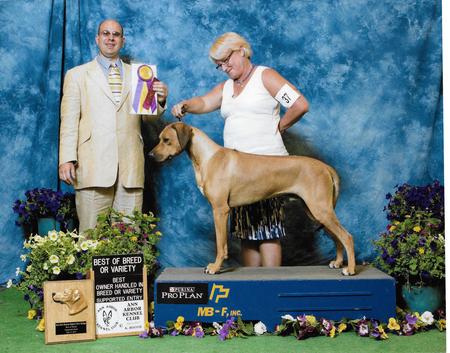 Marykate was shown at York last March right before the shutdown but walked away with both her majors!!!  She is a beautiful dog with a sweet lovable temperament.  She loves to run too!!

This is Stevie   Scotty X Banshee.   Stevie has taken some big wins! and almost finished her championship.   She also won the huge 12-15 month class at the National Specialty! 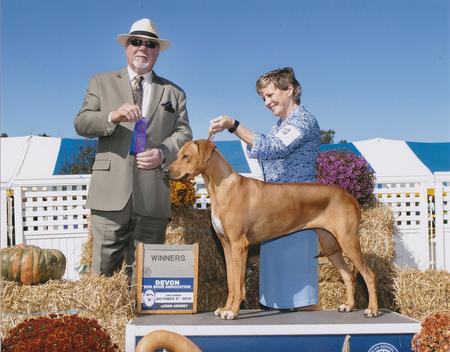 Scotty made a splash at the National Specialty in 2016 by winning Best in Sweepstakes AND his 6-9 Puppy Dog Class under judge Richard Aiken.  He finished his championship at just 10 month and his Grand Championship at 20 months.  Scotty had a wonderful 2021!.  He took an Award of Merit at the Westminster Kennel Club and was Select Dog at our National Specialty in Mesquite Texas.  He's had some impressive Breed  wins including three Owner Handler Best in Show awards and multiple group placements.   Scotty ended 2019 as the #4 Owner Handled Rhodesian Ridgeback! Scotty also became a dad in 2018 siring a lovely litter bred by Rhoda Springer of Sunstone Kennels and produced 10 lovely puppies with our GCH Whirlaway's Georgia Peach.  He carries for liver!  Scotty became a dad again in March  with the lovely Maribelle.   They had 9 puppies  8 BOYS!! 1 girl.  Baseball team and one of his boys won Best in Sweeps at the RRCUS National Specialty just like his dad did in 2016. 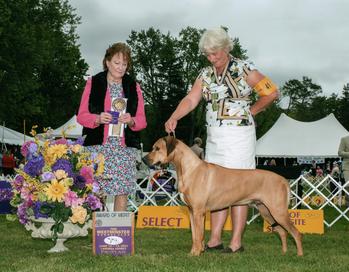 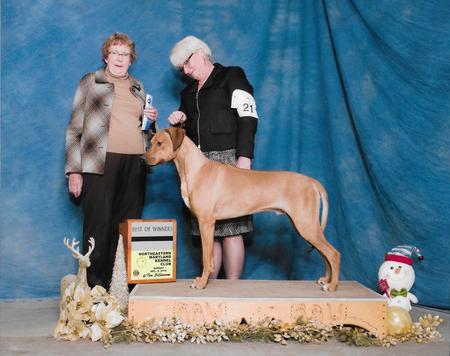 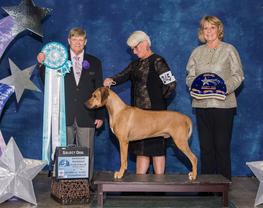 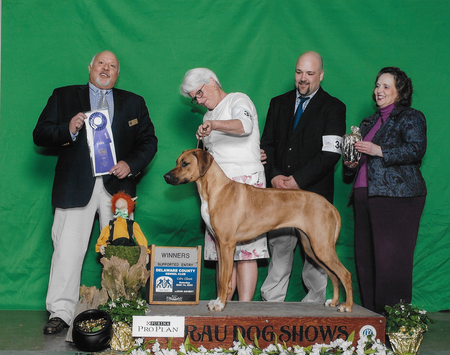 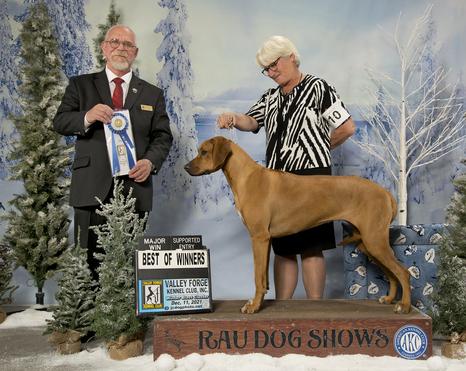 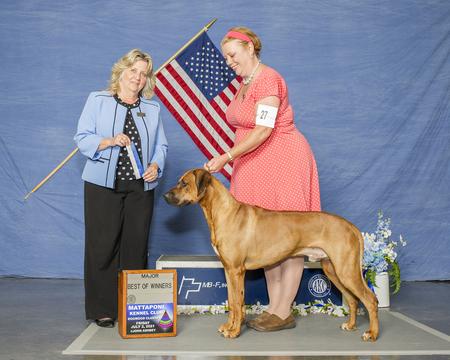 at The Middleburg Kennel Club Show in Virginia 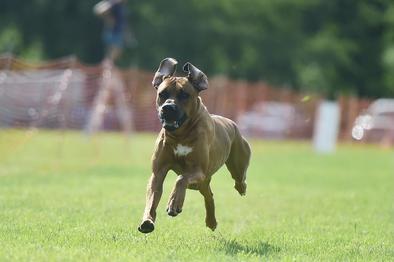 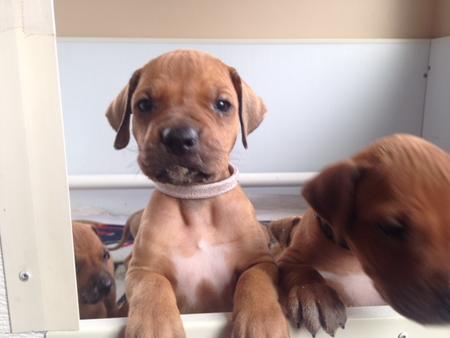 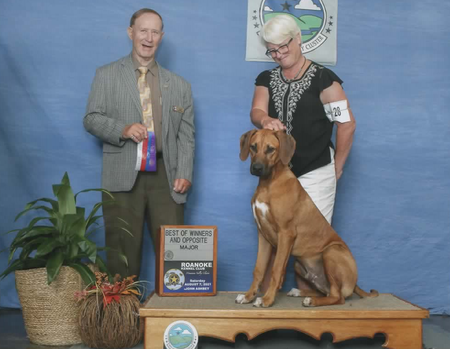 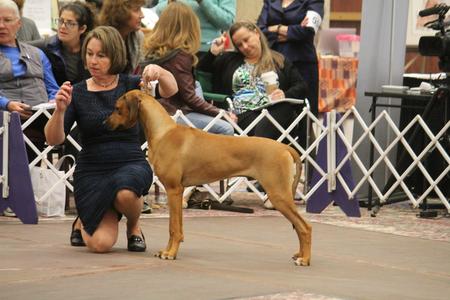 TAKING THE BREED FROM THE PUPPY CLASS ! 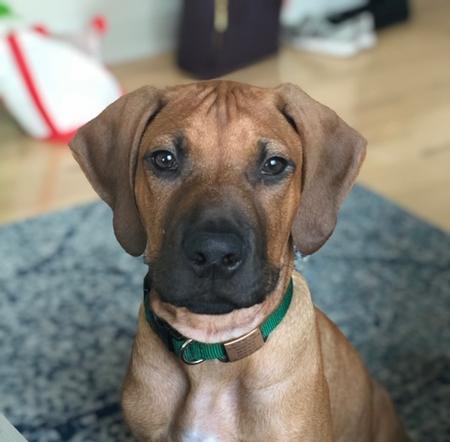 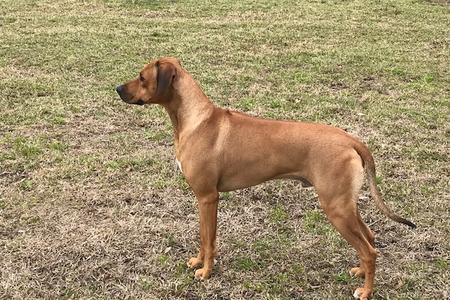 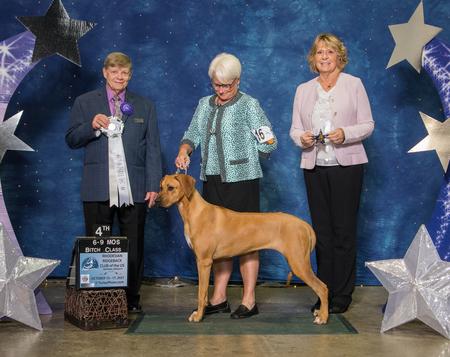 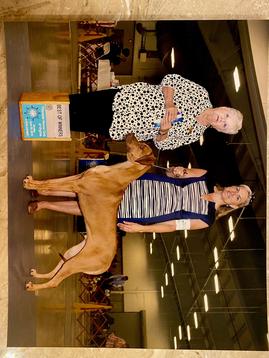 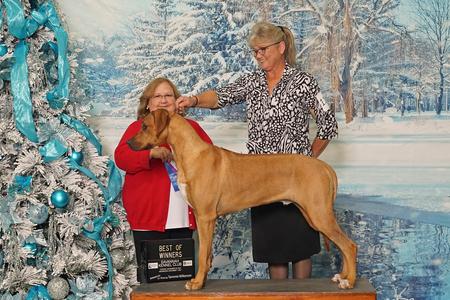 Hunter - taking a 3 point major from the puppy class 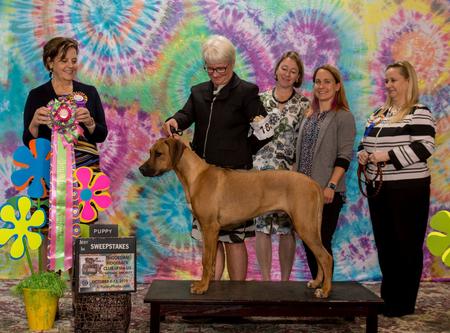 Reeces first show !.  Taking a nice placement in the competitive 6-9 class at our National!! 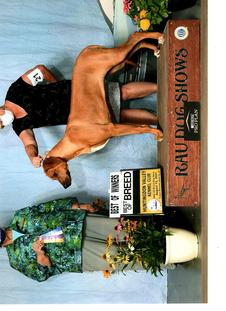 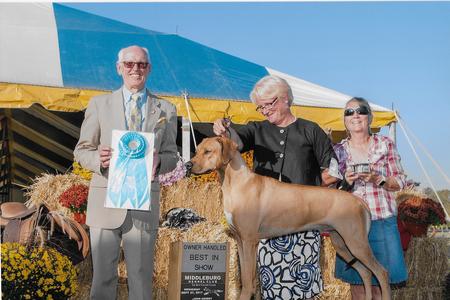 Mac has grown up to be a moderately sized,  very sound guy.  Mac is an AKC conformation champion and a SC lurecourser on his way to an AKC Championship   HE LOVES TO RUN !!!